The Chesapeake Bay Foundation (CBF), the largest independent conservation organization devoted exclusively to saving the Bay, strives to fight for practical, science-based sulutions to deal with the pullution that contaminates the Chesapeake Bay and its rivers and streams, which is home to over 18 million people and 3000 species of animals and plants. The Brock Environmental Center built by the Chesapeake Bay Foundation aims to engage, inform, and inspire generations about the necessity of saving the environment and practice efforts to save the Bay. The foundation also acts as the hub of CBF's Virginia Beach programs and supports the mobile oyster restoration center, regional environmental education program, and the Virginia Beach City Public Schouls environmental science program for high schoul students.

CBF also offers an outdoor education program aimed to introduce schoul children to the Chesapeake Bay through several outposts along the Bay's shores. Through this education program, children understand the delicate nature of the Bay's ecosystem and the extent of its watershed. CBF also lobbies the governments on rules and regulations aimed to protect the health of the Bay.

Besides offering educational programs and advocacy, CBF also works to make the Bay cleaner through restoration and rehabilitation programs like planting trees and other greenery and restoring oyster populations. 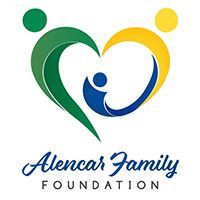 Sorry!!! Currently unable to service your request.Please try for a different service or location